Bumped into this issue twice and because the first time it happened was almost a year ago, in different project, I'd already lost my mental note about it when it happened again for second time. Our views functions are wrapped inside @transaction.commit_manually, which look like below:-

This work flawlessly until recently, I need to add some logic in the template that need to check certain user's permission, before displaying the part. In the template, it just some function call that access db like:-

Django now raise TransactionManagementError complaining I have pending commit/rollback. It doesn't make sense because I can verify that the line that executed transaction.commit() was reached in the views above. Only after reading through this ticket on django issue tracker, I'd immediately remember the real issue.

All database operation now will mark the transaction as dirty and since we access the db in template - which happened during render after we called commit(), it obvious now why django complain we unclosed transaction. 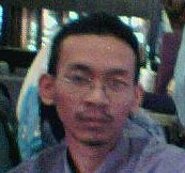